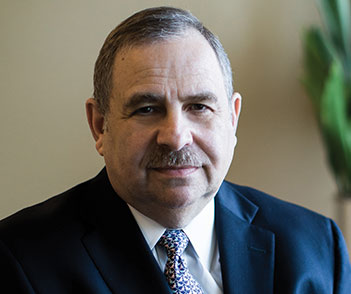 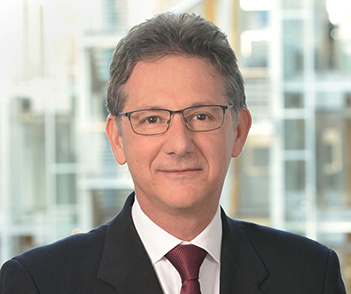 Improving fluid management is key to reducing patient deaths from cardiovascular causes. Two new innovations from Fresenius Medical Care represent a true breakthrough because together they combine more accurate measurement of fluid overload with data that guides an automatic and safe adjustment of the ultrafiltration rate during treatment. Because these tools are producing precise real-time information, Fresenius Medical Care can continually measure their impact on the health of patients.

Fluid removal using ultrafiltration at hemodialysis sessions is prescribed to control fluid balance. Clinically, an estimate of the patient's optimal volume status is made and referred to as estimated dry weight (EDW). However, there are multiple challenges with this approach:

Two technological innovations have been developed by Fresenius Medical Care to address these challenges and improve fluid management in hemodialysis. The Body Composition Monitor (BCM) uses electrical impedance to determine the absolute amount of excess fluid in the patient and is used in Fresenius Medical Care Europe, Middle East, and Africa (EMEA). The Crit-Line Monitor (CLM), used in Fresenius Kidney Care, serially measures hematocrit to guide the rate of fluid removal.

In Fresenius Medical Care EMEA NephroCare clinics, BCM is the exclusive method used to measure the degree of patient FO. The BCM gives valuable information that helps the practitioner to correct FO and develop effective ultrafiltration strategies in patients receiving both hemodialysis and peritoneal dialysis. The peritoneal fluid is largely isolated from the circulation, and the BCM measurement is not influenced by the filling of the peritoneum in peritoneal dialysis patients.

BCM measures fluid status by multiple-frequency whole-body bioimpedance spectroscopy. Based on a fluid model using 50 discrete frequencies, the extracellular water, the intracellular water, and the total body water are calculated.7 BCM determines FO in absolute liters independent of body composition by use of a physiologic model of normal tissue hydration.8 FO is estimated in proportional terms relative to extracellular water (FO percentage).

Of the approximately 67,000 hemodialysis patients treated in Fresenius Medical Care EMEA NephroCare clinics, 70.3 percent of them (approximately 47,100 patients) are quantitatively assessed for fluid status every 13 weeks.

The Fresenius Medical Care EMEA Balanced Scorecard is used to measure medical outcomes. Hydration status is one of 10 key performance indicators in the scorecard. The hydration status score is based on the last available BCM measurement within 13 weeks of the month of analysis and on a quality indicator value (Cole fit) ≥70 percent. The relative hydration score is the result of the following formula: (Pre-dialysis body weight – Normohydration weight)/Extracellular water. Patients are considered to be overhydrated when their relative FO (=FO/ extracellular volume) is >15 percent in men and >13 percent in women, which coincides with an absolute FO of about 2.5L.9

In the Fresenius Medical Care EMEA dialysis network, due to the mandatory BCM evaluation and the implementation of hydration status management in medical routine, a progressive reduction in the number of patients with FO has been observed. It can be speculated that this improvement in an FO correction could contribute to a reduction in morbidity and hospitalization related to cardiovascular causes.

Blood consists of a fluid portion (plasma) and a solid phase made up of cells (red and white blood cells and platelets). The proportion of red cells found in the total volume of blood is termed the hematocrit. The Crit-Line consists of a small chamber attached to the dialysis machine blood line, an infrared light source that illuminates the chamber, and a sensor that captures the light signal after it has passed through the patient's blood. The electronics in the device interpret this signal and derives the hematocrit. Additionally, oxygen saturation of the red blood cells is also measured. Readings are taken as often as one per second, and the results are displayed on an LCD screen.

In practice, the changes in hematocrit can be charted over the course of dialysis and generally characterized as too slow profile, too rapid profile, or correct profile, although the best hematocrit rate of change may vary by patient. Attention to these curves allows the dialysis technician to guide the rate of fluid removal to maximum tolerated levels without hypotension. Mortality rates are higher in patients who have lower degrees of volume reduction in each hour of dialysis. When used with the 2008T hemodialysis machine, a type C curve will cause ultrafiltration to cease. The US Food and Drug Administration (FDA) has granted Breakthrough Device Designation Status to ongoing work at Fresenius Medical Care North America (FMCNA) to use CLM data to automatically raise and lower the ultrafiltration rate during a treatment, making it a smart device.

Oxygen saturation of hemoglobin (SaO2) can be measured by the Crit-Line device using different wavelengths of light transmitted through a chamber in the dialysis line and applying mathematical algorithms. Depending on the type of vascular access, either the mixed venous/arterial or mixed central venous (using a central venous dialysis catheter) can be measured. While it is well known that hypoxemia is common during hemodialysis, there is little published research on the clinical and therapeutic implications of this finding.

Using CLM, an association has been shown between peripheral mixed arteriovenous oxygen levels (SmvO2) and markers of inflammation. Also, low SaO2 is associated with intradialytic hypotension. Low mixed central venous oxygen saturation (ScvO2) is associated with evidence of inflammation. Additionally, since ScvO2 can be used as a representation of cardiac output, further hemodynamic implications can be seen. Declines in ScvO2 are seen with high rates of ultrafiltration in dialysis, suggesting that cardiac output declines in that circumstance.

Sleep apnea is common in dialysis patients. Decreases in O2 saturation during hemodialysis measured via the Crit-Line are seen in patients with sleep apnea. Such observations could suggest the need for referral for formal sleep studies in these individuals.

While the presence of a central venous catheter allows for the study of ScvO2, this type of vascular access is associated with higher cost and an increased risk of infection, hospitalization, and death. Thus, the replacement of a central line with a peripheral arteriovenous fistula (AVF) and monitoring of its maturation is necessary. The AVF, accomplished by surgically connecting an artery and vein, creates a shunting of blood from the arterial system into the venous system. Since arterial blood is better oxygenated, this results in an increase in the ScvO2 and cardiac output measured with Crit-Line. As the AVF matures and enlarges, ScvO2 rises. Should the vessel fail to mature or become occluded, a plateau and decrement in ScvO2 is seen. This can be an indication that an intervention to revise the AVF is needed.

Fresenius Medical Care is in a unique position to improve the management of fluid overload in ESRD patients using the combination of BCM and CLM. While BCM provides the objective measurement of the magnitude of the fluid excess carried by a patient, CLM guides the removal of the fluid at a rate that is safe and well tolerated. Further investigation using these devices will provide insight into the role of changing oxygenation status during dialysis. Importantly, these complementary technologies provide reportable key performance indicators to assess treatment improvement.

Jeffrey Hymes is senior vice president for Fresenius Medical Care Clinical and Scientific Affairs and serves as chief medical officer for Fresenius Kidney Care and chairman of the Fresenius Kidney Care Pharmacy and Therapeutics Committee. He is a graduate of Yale College and the Albert Einstein College of Medicine, completed his medical internship and residency at Yale New Haven Medical Center, and did subspecialty training in nephrology at Boston University. Dr. Hymes is board certified in internal medicine, nephrology, and critical care. He co-founded REN Corporation in 1986 and National Nephrology Associates (NNA) in 1998, and served as NNA's president and chief medical officer from 1998 to 2004.

Stefano Stuard supports the NephroCare medical leadership in his role as chief clinical officer for the EMEA region. He previously served as vice president and head of the EMEA Center of Excellence for Clinical and Therapeutic Governance, and continues as the operational medical counsel for the company's services business in EMEA. Dr. Stuard's distinguished career includes nearly a decade with Fresenius Medical Care in clinical governance roles for the company's EMEA and Latin America regions, and he has served as a consultant/director for nephrology and dialysis departments in Italian public and private hospitals. Dr. Stuard received his PhD in nephrology from the University of Bologna in Italy, and his doctor of medicine and surgery with a post-graduate diploma in nephrology from the University of Chieti.