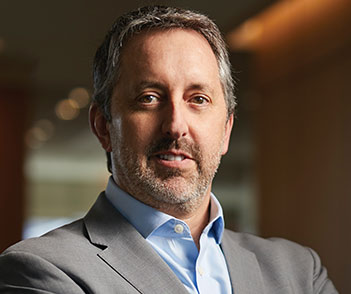 Every year, more people are diagnosed with kidney disease than with cancer. In spite of this fact, research activity is overwhelmingly focused on new oncology treatments. As of Q2 2019, there is only one late-stage nephrology study for every 39 cancer studies, and the National Institutes of Health (NIH) provided 10 times more funding for cancer than for kidney disease. There are many reasons for this discrepancy, including the fact that the multiple comorbidities that affect kidney patients make investigations extremely complex. However, greater public awareness about kidney disease and the increased participation of clinicians and patients will have a demonstrable impact on the future of nephrology research and trials.

At least 20 percent of people between 65 and 74, and half of those over 75, have chronic kidney disease (CKD).1 Yet development pipelines for the 10 largest pharmaceutical companies contain fewer than 30 active nephrology clinical investigations compared with over 1,300 in oncology.2 In contrast with the vast number of research protocols cancer patients are encouraged to consider, inclusion in clinical studies is not a standard opportunity for people with kidney disease despite their eagerness to participate.3 Why is this? How can the industry be encouraged to think differently to advance renal research for the betterment of public health?

Since 1945, trials for renal indications have lagged other organ system categories. As clinical trial activity has increased, the gap between investigation of renal disease and other disease entities—notably, oncology and infectious disease—has widened (Figure 1).4,5

Not only is kidney disease often excluded from the focus of pharmaceutical companies' studies, but patients with kidney disease are often excluded from other studies. For example, a systematic review of randomized trials for cardiovascular disease (CVD) interventions between 2006 and 2013 revealed that of 371 trials, 57 percent (212) excluded patients with kidney disease.6 Renal disease affects so many physiological systems that researchers are reluctant to include these patients for fear of adverse effects. Yet exclusion of this population seems imprudent. Kidney disease is extremely common in people with CVD, and they could benefit from tested interventions.7

The number of people likely to be diagnosed with cancer in the United States is smaller than the number likely to be diagnosed with kidney disease. The NIH projects that by 2020, there will be 18.1 million cancer survivors with a projected annual cost of care of $157 billion (in 2010 dollars).8 While these numbers are staggering, the cost of kidney disease is also high, with more people affected by kidney disease than cancer. The Centers for Disease Control and Prevention estimates the prevalence of CKD in the general adult population to be 15 percent (37 million).9 The 2018 US Renal Data System (USRDS) Annual Report estimated the total Medicare spending on both CKD and end stage renal disease (ESRD) patients is in excess of $114 billion.10 It is difficult to estimate the cost of CKD and ESRD in combination with concomitant diseases that typically complicate renal care.

A person can lose 90 percent of kidney function before experiencing symptoms, making kidney disease a hidden public health crisis.11 "There are many missed opportunities for (CKD's) potential early detection and subsequent treatment implementation," said Rajiv Saran, MD, professor of internal medicine at the University of Michigan and director of the USRDS coordinating center. "For example, the relatively low testing rates for urine protein even among those with diabetes or hypertension—both well-known risk factors for kidney disease—remains a concern."12 The idea that this disease has been overlooked for so long is astounding.

In 2018, 15 new oncology treatments were introduced and the number of drugs in late-stage development expanded by 19 percent, up 63 percent since 2013.13 As of Q2 2019, there is only one nephrology study for every 39 cancer studies in the pipeline.14 This difference is disproportional to the prevalence of these diseases in the population.

Many factors affect research and development investment decisions, such as potential commercial value, competition, therapy novelty, likelihood of approval, development cost and time, and public perception. The public demand for effective oncological treatments has driven the development of precision and immune-oncology therapies, offering hope to millions. However, nephrology is a completely different landscape. There is little public demand and urgency to create novel kidney-related therapies because many patients will expire due to associated comorbid conditions, such as CVD, before they even know they have kidney issues.

In 2018, with a budget of $39 billion, the NIH provided 10 times more funding for cancer than for kidney disease ($6.34 billion vs. $598 million), while Alzheimer's research received $1.91 billion.15 The American Society of Nephrology (ASN) Research Advocacy Committee estimates that the NIH spent more than $500 annually per cancer patient but only $30 per CKD patient.16 Indeed, Kaiser's annual "Hot 100" indications list—a gauge of global R&D investment in pharma—showed that in 2018, kidney transplant was listed at number 70, while epidermolysis bullosa, a genetic skin disorder with an incidence of 1 in every 50,000 live births, was number 41.17

Industry press has framed the $25 million KidneyX initiative—a partnership between the US Department of Health and Human Services and the ASN—as nephrology's answer to the Cancer Moonshot program; however, funding for the Cancer Moonshot is $1.8 billion. That is 72 times the funding of KidneyX.18

It's difficult to determine to what extent research generates sales through improved or novel offerings, or how pharmaceutical sales increase interest in research. But in 2017, the global CKD drug market was estimated at $2.7 billion.19 In contrast, the global oncology drug market was valued at $97.4 billion.20

Limited activity in kidney research has impacted the evidence base for CKD treatment, resulting in the lack of useful surrogate end points for progression from early-stage CKD hindered trials. Several costly phase III trials recently failed to achieve improved outcomes, further curtailing industry interest.22 At present, there are relatively few therapies in development for the treatment of CKD, and the global CKD drug market consists mainly of calcium channel blockers and ACE inhibitors—therapies that have hardly changed in the past 30 years; however, the sodium-glucose transport protein 2 (SGLT2) inhibitors have begun to show promise and the active early stage research for more drug targets seems to be growing.23

Despite inadequate funding and scarce high-quality randomized trials, important clinical research studies do exist. For example, small-molecule drugs for the treatment of anemia in patients with CKD have been developed. A glucuretic proximal tubule transport inhibitor is also in trials to evaluate its effect on renal outcomes and cardiovascular mortality in patients with CKD.26

The renal research and patient communities are resolved to change; however, only 22 percent of patients heard about clinical trial opportunities from their nephrologist, their most trusted source of information. This statistic is in stark contrast to patients with melanoma (45 percent) and lung cancer (58 percent) whose oncologists frequently shared information about clinical trial opportunities. Since patients and investigators are the bedrock of successful clinical trials, changing this pattern is key.27

Within the nephrology and renal care ecosystem, building awareness of the potential economic and clinical benefits of trial participation should help recruit high-performing investigative sites. Clinically, study patients may be able to receive treatments otherwise unavailable, plus they can have the satisfaction of giving back, an important consideration for many renal patients.28 Because patients are seen by both clinical and research teams, they benefit psychologically and medically from the increased level of care. Although not confirmed in renal trials, study patients in other disease areas have shown increased engagement and better adherence with improved clinical outcomes.29,30

Despite the benefits, physicians often avoid adding the complexity of clinical research to their patient practices; however, the industry is motivated to relieve the research burden to increase physician participation. Outsourcing services can be engaged to essentially manage administrative research tasks. Principal investigators can enjoy the benefits of participating in clinical studies, yet still have time to care for patients.

While kidney research faces challenges, the renal research community must mobilize to overcome them. Enlisting the help of front-line nephrologists and easing barriers for participation in clinical trials are important steps to make kidney research more attractive for prospective investigators.

Pointing to frenzied and redundant investments in oncological research and biotech, Jay Bradner, Novartis R&D president, questioned in a 2018 Forbes interview, "Can we as a society be over-invested in working to cure cancer?"31 In 2019, maybe investors should be asking the same question. It's time to take a closer look at kidney research, an almost uncharted field with vast, hidden potential.

Kurt Mussina is a chemist, global health care executive, and accomplished entrepreneur with a distinguished 30-year career spanning the research, development, and approval continuum for drugs and medical devices. Under his leadership, Frenova has expanded its focus from ESRD research to the full spectrum of CKD and renal impairment, growing the Frenova community of researchers into a world-class network of more than 550 principal investigators across 360 research sites. He previously held senior executive roles in client management and business development for international contract research organizations, including expatriate assignments in Denmark and the United Kingdom. Mussina began his career as an analytical chemist and R&D scientist for leading pharmaceutical companies, including Novartis. He graduated with a bachelor's degree in chemistry from Montclair State University in New Jersey and holds his master of business administration from the Fuqua School of Business at Duke University in Durham, North Carolina.