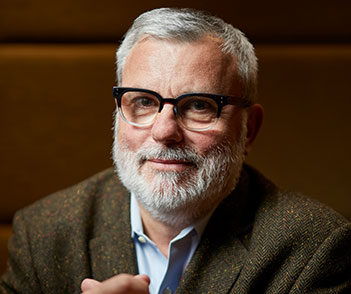 Our increased knowledge of how salt is stored in the skin is changing our view of how to measure and treat salt loading in kidney patients. We now understand that skin sodium storage is not passive but governed by intricate physiological mechanisms. The Renal Research Institute (RRI) is using these insights to develop more advanced ways to measure and precisely quantify the amount of sodium stored in the skin. If this type of measurement can be introduced as part of routine clinical testing, it will be a valuable tool in helping patients better manage salt overload, a known contributor to hypertension and other comorbidities.

Salt is indispensable for life. Throughout most of human history, salt (sodium chloride, NaCl) was an extremely precious article. Salt was a symbol of purity and loyalty (e.g., contracts were sealed with salt) and of trust (e.g., guests were greeted with bread and salt). In ancient Rome, the amount of money allotted to a Roman soldier to buy salt (sal in Latin) was called salarium, the root of the English word salary. The immense economic importance of salt is illustrated by the numerous place-names linked to salt, such as Salzburg, Austria (Salz is German for "salt"), and in England, where place-names with the ending "wich"—e.g., Sandwich—point to past saltworks. Taxes on salt ignited the Salt War between Perugia and the Papal States (1540), compounded unrest in pre-revolutionary France (18th century), and sparked Gandhi's Salt March (1930) in defiance of the British rule.

Over the course of evolution, a powerful machinery comprised of hormones, the kidneys, the liver, the skin, and muscles has emerged to adapt water and salt balance to the subject's needs, with the kidneys playing a central role. In patients with kidney failure, the ability to excrete ingested salt and to maintain sodium balance declines. This excess salt has several consequences. First, a larger sodium mass is stored in the extracellular fluid, and this compartment expands in most kidney patients. Second, an increased amount of sodium is stored in the skin and muscles.1 While it had been known that salt can be stored in the skin, novel insights into the physiology and pathophysiology of "skin sodium storage" have substantially changed and expanded our view of sodium metabolism in health and disease. These novel insights have immediate consequences for kidney patients.

THE PHYSIOLOGY OF SALT: THE "TRADITIONAL"

Previous textbook knowledge taught that salt intake results in thirst, increased fluid intake, expansion of the extracellular volume, increased blood pressure, and so-called pressure natriuresis, which is the increased urinary excretion of salt at the expense of high blood pressure. This traditional picture has undergone substantial modifications over the past 10 to 15 years.

THE PHYSIOLOGY OF SALT: THE "NEW"

Several nontraditional aspects of salt metabolism and loading have been elucidated (Figure 1). They can be broadly categorized as:

FIGURE 1 | The many effects salt loading has on human physiology

WHERE AND HOW IS SODIUM STORED?

It is now clear that sodium (Na+) is stored in at least four locations:

It is the interstitial Na+ storage that has received great attention in the past decade, because it has been associated with important comorbidities, such as hypertension, left ventricular hypertrophy, inflammation, and insulin resistance.2,3,4,5

In the interstitium, Na+ associates non-osmotically with negatively charged glycosaminoglycan (GAG) via electrostatic interactions. GAGs are unbranched polyanionic polysaccharide chains of variable lengths made up of repeating disaccharide units; each of these disaccharide units carries one to three negatively charged side groups. GAGs are covalently bound to a protein backbone; the combined macromolecule is called proteoglycan. The proteoglycan is part of a "gel" that resides in the interstitial space. GAGs attract Na+ into this interstitial "gel" so that the resulting Na+ concentration may surpass the plasma concentration by 100 mmol/L.6

Originally, it was thought that sodium storage in the skin is a passive process, but recently it became clear that it is regulated by several intricate physiological mechanisms. Studies have shown that high-salt feeding can increase the content of particularly negatively charged GAG species in the skin and thus increase its Na+ binding capacity.7 Also, a high-salt diet increases the osmolarity in the skin, and this is sensed by local immune cells that "patrol" the interstitium, primarily macrophages. In response to increased osmolarity, the vascular endothelial growth factor C (VEGF-C) is released. VEGF-C is the primary lymphatic vessel growth factor, and its release results in hyperplasia of the lymph capillary network that facilitates Na+ (and chloride) clearance from the interstitium.8

Tissue Na+ also affects the immune system in several ways.9,10 First, a high-salt diet reduces the activation of innate immune cells that attenuate tissue inflammation. These cells are called alternatively activated (M2) macrophages. The reduced M2 activation may result in a pro-inflammatory response. Second, T-cells exposed to high salt conditions morph into a highly pro-inflammatory autoimmune Th17 phenotype that produces interleukin-17 (IL-17). There is evidence that IL-17 may be involved in the pathogenesis of hypertension. Taken together, these pro-inflammatory transformations may result in an interstitium that is in a chronic inflammatory state, resulting in vascular stiffness, target organ damage, and elevated blood pressure.

THE CATABOLIC EFFECTS OF SODIUM

Sodium loading decreases aldosterone levels and increases the production of cortisol, a steroid hormone. Through a series of steps, these hormonal changes result in an increased production of urea in the liver, whereby some of the substrates required for urea generation come from muscle breakdown. In other words, the increased urea production in the liver occurs at the expense of muscle catabolism. The goal of the increased urea production is to enhance the water retention by the kidneys and avoid excessive water loss following salt intake. In addition, the increased muscle metabolism results in increased water production in liver and muscle mitochondria.11 RRI's hypothesis is that this increased water production in patients with kidney failure may contribute to the hyponatremia seen in some of them.

WHY IS THIS ALL RELEVANT FOR KIDNEY PATIENTS?

Patients with kidney disease, especially those on dialysis, are particularly prone to the untoward effects of salt because they have a reduced ability, or no ability, to excrete salt by their failing kidneys. In patients without residual kidney function, the only way to remove salt is through dialysis. Importantly, hemodialysis can sometimes load the patients with salt, especially in situations where the dialysate sodium concentration exceeds that in the patient's plasma. In addition, patients may receive salt during hemodialysis—e.g., saline used for priming and rinsing or in the event of muscle cramps or hypotension.

Based on physiological reasoning, it is likely ideal that the sodium ingested between hemodialysis sessions should be removed. This goal can be achieved by adjusting the dialysate sodium level in such a way that it parallels the patient's plasma Na+ level using a novel technology called electrolyte balancing control.12,13 This technology measures the conductivity, a proxy of sodium concentration, in the dialysate inlet and outlet streams, and adjusts dialysate inlet concentration so that diffusive sodium loading is avoided (Figure 2). This technology, developed by Fresenius Medical Care, also opens the way to a personalized removal of sodium, for example in patients with high sodium intake or in those with hyponatremia.

FIGURE 2 | The electrolyte balancing control. Conductivity is measured by meters in the dialysate inflow and outflow streams. The data are sent to the central processor unit, where this information is used to calculate the dialysate sodium concentration.

A major and fundamental problem is the quantitation of tissue sodium, since the only currently available noninvasive way to do so is by 23Na magnetic resonance imaging (23NaMRI).14,15  23NaMRI scans are only done in a few centers in the United States, are expensive, and are logistically challenging. Because of these limitations, the Renal Research Institute is currently exploring alternative methods, including novel measurement technologies. The vision is to make measurement of skin Na+ available to patients even beyond those on dialysis and to have this information become part of the routine clinical decision-making process.

Noted researcher and scholar Peter Kotanko heads research initiatives to improve patient outcomes and quality of life. An adjunct professor of medicine and nephrology at the Icahn School of Medicine at Mount Sinai in New York City, he has authored and co-authored more than 300 research papers and book chapters, and is the former vice chair of a medical department at an academic teaching hospital in Graz, Austria.