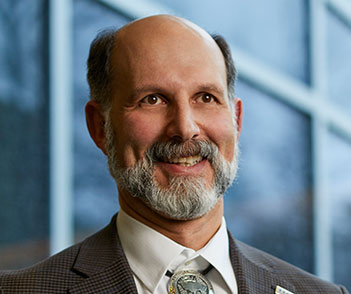 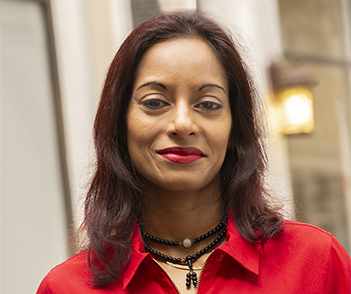 There are several promising new treatments for managing anemia in patients with chronic kidney disease (CKD). These treatments harness the positive elements of hypoxia-inducible factors (HIF), proteins that help stimulate red blood cell production. Although each of the three oral agents now in clinical trials acts somewhat differently, all block the enzyme that degrades HIF in the body. Preliminary results also indicate that these drugs help patients better use their own stores of iron, and further study may reveal additional benefits for patients at all stages of kidney disease.

Every day, over 100 billion blood cells are produced in a complex, tightly regulated process. The pool of stem cells responsible for this is remarkably small—estimated at 11,000—and it maintains this production level throughout life. Groundbreaking research in the field of hematopoietic medicine, which is focused on understanding the hematopoietic microenvironment and the repopulation of blood cell types in the body at the gene level, is ongoing.

Several early reports demonstrated that hematopoietic stem cells (HSC) were present in "regions of presumed hypoxia" within the bone marrow. Those in hypoxic areas showed greater hematopoietic repopulating capability than those in more perfused areas. New imaging techniques with endogenous markers have also allowed better oxygen mapping and further understanding of specific cellular and anatomical locations of stem cell niches in the bone marrow. Essentially, studies suggest that HSCs reside in settings of low oxygen, and their activities depend on signaling and gene regulation from the surrounding niche. Hypoxia and anemia are well-documented issues for patients with chronic kidney disease as well as for end stage renal disease (ESRD) patients already on dialysis.

One of the new areas of exploration in hematopoietic medicine is hypoxia-inducible factors. HIF is a protein expressed under low oxygen (or hypoxic) conditions in the body. There are multiple, unique HIFs in the body, but they belong to the same superfamily structure of proteins exhibiting a basic helix–loop–helix Per–Arnt–Sim (bHLH-PAS) pattern manifesting in a heterodimer of an oxygen-sensitive α-subunit and a constitutively expressed β-subunit. HIF stimulates the body's production of the hormone erythropoietin (EPO), which enables the bone marrow to produce red blood cells. Chronic hemodialysis (CHD) treatment is, more often than not, also associated with decreased levels of red blood cells and circulating iron, reducing availability of iron for erythropoiesis. Erythropoiesis requires approximately 30 mg of iron per day, which is mainly provided by the recycling of iron from red blood cells via macrophages. This process is adversely affected in CHD patients, and can promote resistance to EPO and erythropoiesis-stimulating agents (ESA) in many hemodialysis patients.

Chronic inflammation is par for the course in CHD and ESRD and has also been suggested as an independent predictor of EPO and ESA hyporesponsiveness. Thus, in the setting of kidney disease and dialysis, chronic inflammation—in combination with typical blood losses—might magnify subtle alterations in cellular iron handling that would not necessarily be observed in nondialysis patients. As a result, anemic states develop in ESRD dialysis patients.

HIF-PH inhibitors (HIF-PHI), also known as hypoxia-inducible factor stabilizers (HIF-stabilizers), are designed to inhibit enzymatic degradation of HIF—i.e., they increase the HIF protein's half-life and stabilize the HIF protein. This action prolongs the effects of HIF, stimulates endogenous production of erythropoietin and erythropoiesis, and ensures that the body produces enough red blood cells.

Several HIF-PHIs are at various stages of clinical development for use in the treatment of CKD with anemia. As of Q2 2019, at least three drugs have progressed to phase 3 clinical trial: roxadustat, daprodustat, and vadadustat. Early safety data from phase 2 analysis indicate these drugs are performing well for anemia treatment.

For instance, roxadustat (FG-4592) was recently approved in China for the treatment of anemia in CKD patients on dialysis. It is also being tested for treatment of anemia in non-dialysis patients. It is an orally bioavailable HIF-PHI that promotes coordinated erythropoiesis through HIF-mediated transcription. Roxadustat also inhibits production of the hormone hepcidin (high hepcidin results in reduced dietary absorption of iron and inhibits iron release from cellular storage). This reduction in hepcidin, in turn, increases iron levels. Phase II and III studies have shown high responder rates (79 to 96 percent) for a dose range of 1-2.5 mg/kg in patients on thrice weekly HD (mean Hb increased by ≥1 or 2.0 g/dL). The protein sequence for HIF-1 alpha is shown in Figure 1.

Daprodustat (GSK1278863) is an oral HIF-PHI that is being developed for treatment of anemia associated with CKD in patients receiving or not receiving dialysis. In the hemodialysis study, the effects on hemoglobin coincided with expected elevations in endogenous erythropoietin but were markedly lower than those in the recombinant human erythropoietin control arm. Importantly, clinically significant elevations in plasma vascular endothelial growth factor (VEGF) concentrations, a potentially concerning off-target effect, were not seen.

Vadadustat, an oral agent also known as AKB-6548, is in development for the treatment of anemia in both nondialysis-dependent and dialysis-dependent CKD patients. In early clinical studies, vadadustat was well tolerated in healthy volunteers and patients with CKD, where it increased reticulocytes, plasma EPO, and Hb levels in a dose-dependent manner. Patients with ESA-resistant renal anemia, who account for 10 percent of ESA users, would be among the biggest beneficiaries of therapy with this class of drugs.

Trial reports demonstrate a notable additional benefit of HIF-PHIs: The drugs reduce or block the inflammatory response that keeps the body from using its own iron stores (e.g., reduction in hepcidin, an inflammatory inhibitor of iron uptake and utilization in the body). Furthermore, there have been no off-target effects reported to date. Although the early data is promising, larger longitudinal phase 3 studies already under way will yield further important therapeutic and safety data. Potential adverse events with these products could, however, include hypertension, acute pancreatitis, nausea, and diarrhea.

As with HIF proteins, HIF-PHIs vary in structure; therefore, they may have "off-target effects" with unintended consequences in the body beyond erythropoiesis. This is a source of potential concern. For example, HIFs can stimulate synthesis of VEGF, a protein that stimulates the growth of new blood vessels. Although the growth of new blood vessels is beneficial in appropriate circumstances, in the presence of malignancy (cancer), VEGF not only increases the blood supply to the tumor but can also potentially facilitate the spread of the malignancy. It is crucial that HIF-PHIs developed to treat anemia be specifically targeted for the individual substrate target, enabling the response (i.e., stimulating red blood cell production) to be singular.

HIF-PHIs represent a promising, novel therapeutic approach to the management of anemia. Roxadustat is anticipated to obtain FDA approval and be available for clinical use within the next 12 months; daprodustat and vadadostat are expected to follow suit in subsequent years. To the field of nephrology, the prospect of such a class of oral agents as HIF-PHIs is exciting, as it may provide expanded benefit in the management of anemia in patients with CKD both on dialysis and those not requiring dialysis (Figure 2).1,2,3,4,5

With over 15 years of basic science research in neuroscience, genetics, molecular biology, and immunology, Dixie-Ann Sawin leads the Medical Information team for the Fresenius Medical Care Renal Therapies Group. She and her team are responsible for responding to all medical information queries from health care providers across the United States, providing medical and scientific expertise on promotional review committees as well as business and core development teams. Her team also supports pre- and post-market launch education, compiles regulatory and pharmacovigilance reports and publications for peer-reviewed journals, and develops educational content for the renal community through the Advanced Renal Education Program. She also serves as director for the Fresenius PharmD Fellowship and Internship Program.