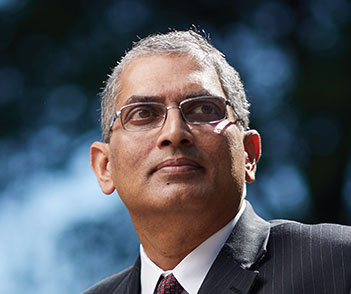 Shorter, more frequent dialysis treatments can help improve cardiovascular complications and quality of life for end-stage renal disease (ESRD) patients. Given the prevalence of cardiovascular disease in patients with chronic kidney disease (CKD), with mortality rates 20 times higher than the general population, this has profound implications for patient care. Over the past five years, Fresenius Kidney Care has steadily increased the number of patients receiving more frequent home hemodialysis. Although more study is needed, this move toward greater individualized and self-actuated care is a significant development for dialysis patients.

Conventional hemodialysis (HD) is prescribed thrice weekly for approximately four hours per session and is typically performed at in-center dialysis facilities. The schedule for conventional HD appears to be influenced by the logistics of trying to fit it into a seven-day week rather than based on sound medical justification. The need to remove excess fluid during a limited dialysis session can result in hemodynamic instability, with post-dialysis recovery time ranging from six to eight hours. There can be significant shifts in fluids and metabolic parameters in the interdialytic period, and the long interval between consecutive dialysis sessions over the weekend increases risks for adverse outcomes.

Intensive HD is defined as either short, more frequent HD sessions per week (usually five to six) or an increase in the hours per dialysis session (nocturnal HD). More frequent HD is typically prescribed in the home setting using the NxStage machine, which results in shorter interdialytic intervals, lower interdialytic weight gains, and reduced mean ultrafiltration per session. At Fresenius Kidney Care (FKC), the utilization of frequent home HD has grown over the last five years (Figure 1). The prevalent population on more frequent dialysis has increased, while the average size of the program is small but stable.

The relationship between hypertension and CKD is very complex. Hypertension is the primary etiology for CKD in about one-third of incident dialysis patients. The degree of blood pressure (BP) control is strongly associated with mortality risk, and several epidemiological studies have shown a U-shaped or inverted J-shaped relationship.2

Antihypertensive medications do not address the impact of excessive extracellular fluid on hypertension in ESRD patients and are largely unsuccessful in lowering BP to the normotensive range. Consequently, excessive extracellular fluid volume is the primary determinant of uncontrolled hypertension in dialysis patients. In Tassin, France, a significant number of patients receiving thrice-weekly HD sessions of eight hours were found to be normotensive without antihypertensive medications. This is likely due to the efficient control of volume status and achievement of dry weight. Several other studies have demonstrated the benefit of plasma volume reduction in lowering BP to normotensive range in dialysis patients. Factors involved in the pathogenesis of hypertension in ESRD patients include sodium and volume excess, increased vasoconstrictor activity, decreased activity of vasodilators, structural alteration in arterial vasculature, and use of erythropoietin.

More frequent HD affords better management of intravascular volume, achievement of dry weight, and lowering of pre-dialysis systolic and diastolic BP, along with a decrease in the number of antihypertensive medications.3 In the Frequent Hemodialysis Network (FHN) Daily Trial, patients were randomly assigned to either six short HD sessions or three conventional HD sessions per week.4,5 Patients assigned to the six short sessions experienced a net reduction of 10 mm Hg in pre-dialysis systolic BP and 8 mm Hg in post-dialysis systolic BP readings after 12 months (Figure 4). Additionally, dry weight was lower by 1 kg in the more frequent HD group compared to the conventional HD group. In the Following Rehabilitation, Economics and Everyday-Dialysis Outcome Measurements (FREEDOM) Study, more frequent HD resulted in a decrease in antihypertensive medications from 1.7 to 1.0 in 12 months, and the percentage of patients not on antihypertensive agents increased from 21 percent to 47 percent.6

Left ventricular hypertrophy (LVH) is an adaptive remodeling response to increased cardiac work, as well as an independent predictor of all-cause and cardiovascular mortality in ESRD patients. In dialysis patients, LVH results from a combined effect of volume and pressure overload related to hypertension, hypervolemia, anemia, arteriovenous access, and disorders of bone and mineral metabolism.7 LVH may sometimes be accompanied by fibrosis and abnormal stiffness of the ventricle, potentially caused by local inflammation, ischemia, and activation of the renin-angiotensin-aldosterone system.8

Conventional HD treatments are frequently associated with symptoms of fatigue, feeling washed out, cramping, and intradialytic hypotension (IDH). These symptoms not only impact the patient’s overall quality of life but also account for most of the shortened dialysis sessions. IDH occurs in 12 to 13 percent of all conventional HD treatments and is a consequence of higher ultrafiltration rate, exceeding the plasma refilling rate. These episodes of IDH are associated with myocardial stunning, which increases the likelihood of cardiovascular events, hospitalization, and death. Additionally, hemodynamic instability may be linked to prolonged post-dialysis recovery time, which not only is debilitating but also correlates with increased mortality in dialysis patients.

More frequent HD regimens are associated with lower ultrafiltration requirements and improved hemodynamic tolerability, much lower incidence of IDH and myocardial stunning, improved cardiovascular outcomes, and reduced mortality compared with conventional HD.12 In the FHN Daily Trial, cumulative incidence of IDH was 10.8 percent with more frequent HD and 13.6 percent with conventional HD.13,14 In the FREEDOM study, the mean post-dialysis recovery time decreased from 7.9 hours to 1.1 hours after 12 months of more frequent HD treatments.15

More frequent HD can have significant benefits on cardiovascular outcomes, overall quality of life, treatment tolerability, and hemodynamic stability. Additionally, intensive dialysis has been shown to help with better phosphorus removal and relaxation of diet and fluid restriction. Some of the potential risks associated with more frequent dialysis include loss of residual renal function, vascular access complications, increased burden on care partners, and risk of infections. Although large prospective randomized control studies are needed to evaluate the effects of intensive HD on cardiovascular morbidity and mortality, there is sufficient evidence to suggest that more frequent HD reduces cardiovascular complications. More frequent home HD promotes individualized patient care and enhances the ability to adapt the patients’ treatments to meet their clinical goals and improve cardiovascular outcomes.

Dinesh Chatoth completed his fellowship in nephrology at the University of Texas Southwestern Medical Center in Dallas. He was an assistant professor of medicine and director of the dialysis program at the University of Arkansas for Medical Sciences. He has worked with the KDOQI workgroup for peritoneal dialysis and promotes home dialysis as a modality of choice for patients requiring renal replacement therapy. He oversees home therapy initiatives for the Medical Office and serves on the FKC Pharmaceutical and Therapeutics Committee.

Allan Collins has been an emeritus professor of medicine at the University of Minnesota since September 2017. He is the past director of the Chronic Research Disease Group, an interdisciplinary biomedical research group committed to investigating chronic illnesses to improve public health. He is also the past president of the National Kidney Fund and past director of the U.S. Renal Data System. He has more than 220 clinical publications.