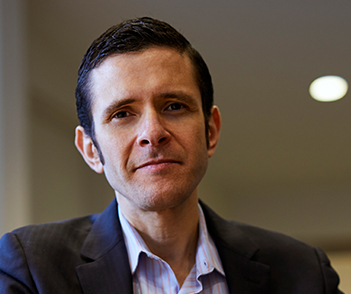 A LIFE magazine article from 1962 described the first dialysis treatment as a "medical miracle." At the time, dialysis was truly a one-of-a-kind procedure customized to each individual patient. A committee of seven men would decide whether a given patient would be allowed to undergo dialysis therapy.1 Very few patients were given the choice to receive this treatment.

Since then, much has changed. There are now over 680,000 end stage renal disease (ESRD) patients in the United States alone.2 This number is growing in America, but is growing even more quickly in developing countries due to the increase in conditions leading to ESRD, such as hypertension and diabetes. A rapid rise in the number of patients treated, combined with a relatively unchanging workforce of physicians, is resulting in a shrinking ratio of nephrologists to patients.

These developments, further strengthened by a need to cut costs and decrease error rates, have led to a rise in standardization of how chronic kidney disease (CKD) and ESRD care is delivered. Standardization is important in delivering effective, safe, and affordable care, and it has numerous benefits: consistent outcomes, labor savings, reduced waste, improved efficiency, improved safety, and lower costs.3

In renal replacement therapy, standardization and optimization of complicated procedures have led to evident successes: Infection rates, hospitalization rates, and mortality rates have steadily declined without a radical change in how the therapy itself is delivered.4

Health care delivery in general and nephrology in particular are being impacted by new health information technology (HIT). Patients using personal devices for monitoring sleep, physical activity, diet, and vital signs are more engaged in their care. The dialysis treatment itself is more automated with multiple technological machine advancements. Data collected by dialysis machines is now stored in organized repositories and is available in real time for centralized interventions. This ability to collect real-time data from multiple sources has been termed pervasive sensing or the "Internet of things," a development of the Internet in which everyday objects have network connectivity and ability to transfer data.

Mathematical and data sciences have been advancing alongside technology. Predictive modeling has become a topic of everyday conversation—from detailed and reliable weather forecasts to predicting our shopping choices on Amazon. Machine learning and artificial intelligence are also gaining presence in our lives. Computers can recognize diabetic retinopathy as effectively as clinicians do.5

These technological advancements can help us get a 360-degree view of our patients, something that traditionally required extremely intimate knowledge of the patient. This panoramic view of the patient may indeed allow us to move from what has become standardized care to highly personalized care.

Another concurrent development that can assist in further personalizing care is genetic research. Since the building block of genetics, deoxyribonucleic acid (DNA), was first isolated in 1869 by Friedrich Miescher and its molecular structure identified in 1953, scientists have hoped to utilize genetic information to customize therapy.

The Human Genome Project, completed in 2003, resulted in sequencing the entire human genome and in identifying and mapping all the genes of the human genome from both a physical and a functional standpoint.6

In 2015, President Obama launched the "Precision Medicine Initiative." Precision medicine is "an emerging approach for disease treatment and prevention that takes into account individual variability in genes, environment, and lifestyle for each person."7 Although the term is relatively new, the concept has been around for decades. For example, a person who needs a blood transfusion is not given blood from a randomly selected donor; instead, the donor's blood type is matched to the recipient.

A rapidly increasing number of studies proclaim the hopes of precision medicine and government initiatives to support such efforts. Precision medicine has been accepted as an important consideration in oncology, but it has also been applied in cardiology and is finding a home in nephrology.8 In fact, literature suggests that "the nephrology research community has developed a strong foundation for precision medicine."9

In nephrology, much of the application of genetic testing has been about understanding factors that predict the development and progression of CKD. Discovery of APOL1 gene in people with African ancestry has been instrumental in understanding disease progression in African Americans. Not only the United States, but also other countries are realizing the importance of genetic testing. Fifteen years ago, the European Renal cDNA Bank was organized to advance precision medicine.10

Pharmacogenetics uses genetic information to explain drug hyper- and hypo-responses. Inherited variations in approximately 20 genes affect about 80 medications, most of which can be actionable in the clinic.11

Caregivers should think more holistically than just genetically driven precision nephrology. Personalized nephrology is a care delivery paradigm where care is delivered to the right patient, at the right time, and with the right treatment based on today's clinical condition and a patient's unique cellular and physiologic makeup. Personalized nephrology relies on sophisticated and integrated technology solutions—a panoramic view of the patient is essential to such care delivery. Research has shown that the development of large-scale biologic databases, powerful methods for characterizing patients, and computational tools for analyzing large amounts of data result in clear benefits.13

In 2011, a US National Academy of Sciences report used the analogy of Google Maps to illustrate the value and necessity of integrating diverse data sets into a comprehensive knowledge network (Figure 1).

Having an integrated technology solution is not enough. Robust tools will be needed to assist clinicians in identifying specific and actionable steps to take based on the exact background of the patient, with his or her own genetic variation and outcomes predicted by data analysis.

Fresenius Medical Care is utilizing specific components of personalized nephrology. As an organization, we have 12 predictive models that provide personalized results to identify patients at a higher risk of hospital admissions, higher likelihood of missing a treatment, higher risk of mortality, or higher risk of progressing to ESRD. We also have multiple personalized algorithms that compute ESA doses per treatment or combine numerous variables into a functional status index.

Many of these models have proven to be successful in pilot and clinical settings. For example, the Dialysis Hospitalization Reduction (DHR) pilot was associated with a 10 percentage point reduction in hospital days over a 12-month period in participating clinics compared to non-DHR clinics in the organization.

Chronic disease management provides a good opportunity for implementing personalized holistic patient care. Typically, chronically ill patients will have multiple providers, and no one care provider has the panoramic view of the entire problem. We only "touch" some of the aspects of the disease, like the "blind men touching various parts of the elephant trying to identify what it really is."14

Personalized nephrology care and treatment provides an interesting example of transitioning from highly individualized treatment in 1962 to improvement in outcomes in recent years from standardization of care. In the near future, Fresenius Medical Care will have the opportunity to deliver personalized, precise care delivered to the right patient at the right time in the context of an organized, standardize system. This opportunity for precision medicine delivery in nephrology is made possible by general HIT advancements that promote continuous monitoring and patient engagement; sophisticated real-time data management that customizes care delivery; and advanced analytics on large data sets that support personalized treatment decisions.